We have four 'Houses' - Ingram, Rickard, Langstone and Kirtland.  The names belong to four of the men named on the Village War Memorial and were voted for by the children.  Children can win house points for their team for great work, attitude and for living our school's Christian values.  There are also House sporting events during the year and a shield is presented to the house with the most points at the end of the year in the final assembly.

Each House has a House Captain and Vice Captain from Year 6 who present manifestos and are voted for by the children in the Juniors.  Every year on Remembrance Sunday our Captains and Vice Captains represent the school at a village service at the Weston Turville War Memorial. 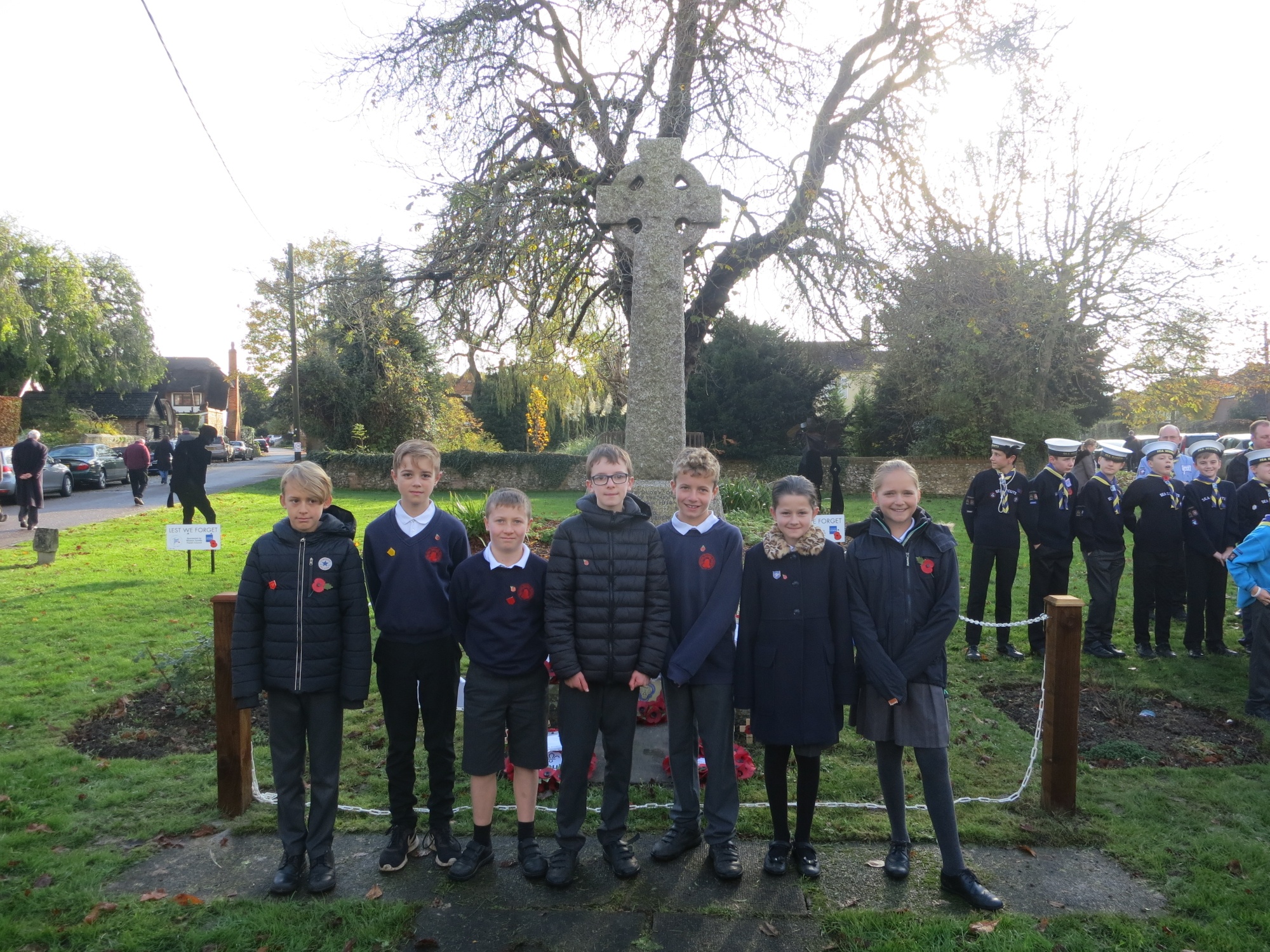 The four men are named here on the Weston Turville war memorial... 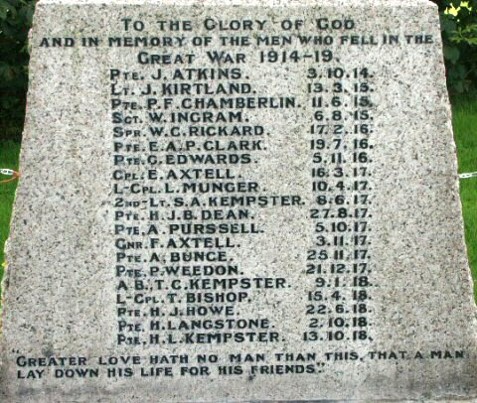 Private Harry Langstone lived at Church Farm, near St Mary's Church in Weston Turville.  He was a groom and died of his wounds in France in October 2018, aged 36.  His family received this 'death penny' made of bronze. 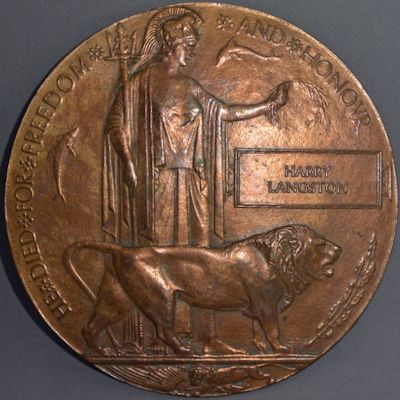 Sergeant William James Ingram lived at The Crown, West End, Weston Turville, a building which still stands today as a private home.  His parents owned the pub and he was a police constable.  Sergeant Ingram lived in Australia when the First World War broke out and joined the Australian Infantry.  He died of his wounds in Malta in 1915 at the age of 28.

In this photo of the school taken at its old site in 1897 you can see both 2nd Lieutenant John Kirtland (assistant master) and Sapper Wilfred Charles Lionel Rickard, as a child.  Both lived on Main Street, Weston Turville, although there are no records of which houses.

Both were killed in action in France, 2nd Lieutenant John Kirtland in 1915 aged 32, and Sapper Wilfred Rickard, a carpenter by trade, in 1916 aged 25.

Rickard's death was reported in the local paper...

"They shall not grow old as we that are left grow old,

Age shall not weary them, nor the years condemn.

At the going down of the sun, and in the morning

We will remember them."